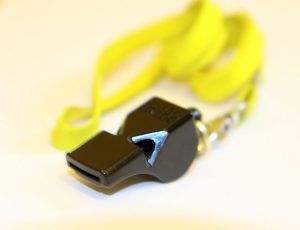 It is no secret that employers are not particularly fond of whistleblower laws. These laws not only provide financial incentives for those employees or stakeholders who know of a company’s wrongdoing to come forward, but they also prevent an employer from discouraging whistleblowers through the use or threat of retaliation. Despite the existence of these laws, however, companies may still try to find ways to dissuade potential whistleblowers from making reports to government agencies and/or filing suits under the False Claims Act. That, at least, is what one California company is accused of doing recently.

A (Failed) Preemptive Strike Against Whistleblowers

What Should Employees Do?

It is tempting for employees to believe that they are powerless and subject to the employer’s every whim. However, thanks to whistleblower protections employees need not fear being at the mercy of their employer if they believe the employer is engaging in illegal, unethical, or unsafe activities. Whistleblower protections are granted to individuals by the state, and they cannot be given up in exchange for employment benefits or perks if such is being done to prevent the individual from exercising his or her rights under whistleblower statutes.