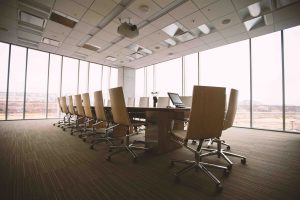 Any time a person needs to file a lawsuit, it is natural to worry about going to court. Most people do not want to face the person they are accusing in court, and just the process of appearing in court often means the case will be quite lengthy, meaning the person bringing the lawsuit will have to deal with the matter for some time. All of these factors hold true in qui tam lawsuits, too. Fortunately, whether you are bringing a lawsuit under the federal False Claims Act or the California False Claims Act, there is a likelihood that the case will settle. Below are just a few of the most common reasons why that is.

Going to court always means that there are going to be more legal fees. When attorneys must prepare for court, it involves much more of their time and many lawyers charge higher fees for going to court than for reaching a settlement. The companies accused of making false claims know this and they will often settle to reduce the amount of legal fees they will have to pay because they also have to pay the relator’s legal fees.

Reduce the Amount of Compensation Paid

Government agencies such as Medicare do not typically want to go to court just to hold individuals and companies making false claims liable. As such, they are often willing to accept a lower amount in a settlement than they would in court. If, however, they do have to go to court, they will often ask for the full amount of compensation they are due simply because of the inconvenience.

Protect Themselves Against Negative Publicity

Qui tam lawsuits get a lot of attention these days. They have become the center of news stories, both on television and in the newspapers. In the healthcare field, this negative publicity can be devastating to companies at the center of it. Settling a case can mean less publicity for that company, which means there is less damage done to their reputation. This is a common reason why healthcare providers are more likely to settle a qui tam case.

No Need to Admit Guilt

Relators in qui tam lawsuits do not want to face a lengthy court battle, and neither do the companies that are being accused of making false claims. If they are spending all of their time in court, they cannot be operating their business and making a profit. This is often enough to convince healthcare companies to settle.

Our Qui Tam Lawyers in California can Help with Your Case

If you have noticed wrongdoing in your workplace and you want to blow the whistle, do not let the idea of a lengthy court process stop you. At Willoughby Brod, LLP, our California qui tam lawyers can help. We will help you through the entire process of filing a whistleblower claim and bring it to a resolution as soon as possible. When you need to make things right, call us at (800) 427-7020 to schedule a free case evaluation so we can review your claim.

Who can be a Plaintiff in a Qui Tam Case?