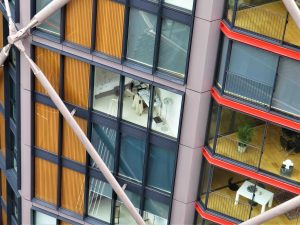 Plaintiffs in a qui tam lawsuit are known as relators. The majority of relators are employees who have noticed activity that defrauds the government and violates the federal False Claims Act and the California False Claims Act. Due to the fact that it is mainly employees who file qui tam lawsuits, others sometimes think that they have no right to file these claims. That is not true. Anyone who has observed wrongdoing and fraudulent activity that is not public information can file a qui tam lawsuit. When they do, there are a few things relators in qui tam lawsuits can expect. These facts are found below.

The Complaint is Filed

All qui tam cases begin with the whistleblower filing the complaint. Again, a whistleblower can be anyone who observes wrongdoing. Although it is not required, it is strongly advised that relators speak to a qui tam lawyer who can help with their claim. All lawsuits are complex, but whistleblower lawsuits are some of the most complicated. A lawyer can guide relators through the process and give them the best chance of success.

After analyzing the results of the investigation, the DOJ will make a decision regarding whether they want to intervene in the lawsuit or not. If they do intervene in the lawsuit, the government then becomes the plaintiff, although the whistleblower will still remain a large part of the lawsuit. If the DOJ decides not to intervene, the whistleblower remains the plaintiff and can proceed with the case on their own. In either instance, it is crucial that whistleblowers have legal representation that can advise of their rights if they are interviewed by a federal agency, and if they want to proceed with the case alone.

Like many other types of civil lawsuits, many qui tam cases settle out of court. This is often the faster and cheaper option. However, sometimes the other party refuses to offer a fair settlement. When that is the case, the whistleblower’s claim will enter litigation and the whistleblower will have to go to trial.

Our California Qui Tam Lawyers can Help with Your Whistleblower Case

Although the above outlines who can file a qui tam lawsuit and the basic steps involved, there is so much more that goes into a lawsuit. Our San Francisco qui tam lawyers at Willoughby Brod, LLP can fully explain what you can expect and give you the best chance of success with your claim. If you have noticed wrongdoing, call us today at (800) 427-7020 to schedule your free case evaluation so we can discuss your claim.

What are Safe Harbors Under the Anti-Kickback Statute?

Five Things You Should Know About Stark Law