Why is government fraud such an important practice area to our team? The cases aren’t simple, they can be time consuming (especially since we try to relieve pressure from our clients), and they take longer to reach resolution that a typical accident case. Still, we do it for the same reason we represent the injured – we believe in it. We are involved as legal counsel in California fraud cases in addition to our work on cases involving Medicare and other federal programs. Fraud on the state and on state programs impacts every Californian and, by stealing from limited coffers and leaving honest people facing a haze of suspicion, hits the people who rely upon those programs the hardest, typically the groups that can least afford it. 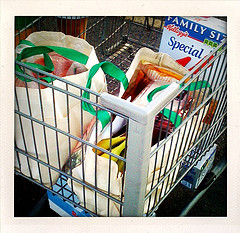 The San Francisco Examiner recently reported on a case that the District Attorney’s Office is pursuing against four individuals accused of defrauding the local food stamps program to the tune of over $480,000. According to the charges, the four people solicited recipients of CalFresh Benefits, the state’s food stamps program, convincing them to sell their electronic benefits cards in return for a small fraction of the card’s value. Allegedly, the defendants would then use the card to fake purchases at Ivy’s Food Co., so that the government ultimately reimbursed Ivy’s for purchases that didn’t actually happen (ring a bell? — there are some very similar schemes in the medical benefits arena).

Ivy Lai and Alan Wan, owners of Ivy’s Food, face charges alleging they were co-conspirators in the scam and face 31 felony counts apiece. These charges include conspiracy, misappropriation of public funds and multiple counts each of CalFresh Benefits fraud and money laundering. Lai and Wan, should they be convicted, face a prison sentence of 24 years and 8 months. Nelson Tse is an alleged co-conspirator who also faces a similar list of charges and up to an eight year sentence in state prison. Also arrested in the scheme, charges against the fourth defendant, Cam Zenh Mong, remain forthcoming. As the Distract Attorney George Gascon states: “These conspirators are accused of defrauding a system designed to help the most vulnerable among us….Ripping off a government assistance program that helps those who can’t afford to put food on the table is pretty low.”

Why We Need Whistleblowers
We agree and are in favor collaborative efforts among law enforcement groups. Together, they have more information and resources that must be shared to succeed. Also vital to success are people willing to step forward and say, “I saw it.” In benefits cases, program beneficiaries (ex. people approached about trading in their benefits card) are often marginalized groups and may fear not being believed or having their benefits cut if they came forward. Our Oakland benefits fraud lawyer will speak to you with an open mind and protect you from unfair retribution. We also work with insiders who encounter benefits fraud in their professional capacity.

Why blow that whistle? First, because you know it is the right response. Second, because it feels wonderful to truly help. Third, so-called qui tam plaintiffs are often eligible for a financial reward. You don’t have to go it alone. Our California law office can help.