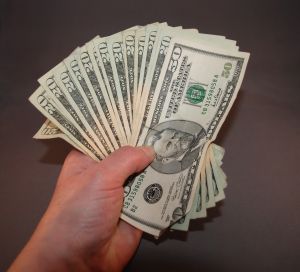 Home healthcare, physical therapy and prescription drugs have been some of the more common examples of healthcare services that have been used to defraud Medicare, and, as our blogs have pointed out, many of the most notorious schemes have been emanating from Miami and South Florida, the national epicenter of Medicare fraud. However, San Francisco qui tam lawsuit lawyer Gregory J. Brod would note that healthcare fraud is spread throughout the country as well as focused on a variety of healthcare services. One example of a Medicare fraud scheme from a failing Houston hospital made headlines this week for its ambitious methods of stealing millions from the taxpayers.

According to the Houston Chronicle, the former president of the financially shaky Riverside Hospital, his son and two other persons affiliated with the facility were convicted in federal court Monday for their scheme to fleece $158 million from Medicare. Prosecutors in the case said that Riverside Hospital’s psychiatric care was a “sham,” and that the four people convicted – former hospital CEO Earnest Gibson III, his son Earnest Gibson IV, Regina Askew and Robert Crane – soaked taxpayers for services that were not rendered.

“For over six years, the Gibsons and their co-conspirators stuck taxpayers with millions in hospital bills, purportedly for intensive psychiatric treatment,” said Assistant U.S. Attorney General Leslie Caldwell. “But the treatment was a sham – some patients just watched television all day, others had dementia and couldn’t understand the therapy they supposedly received, and other patients never even went to the hospital at all.”

The convictions stemmed from an FBI probe that lasted from 2005 to 2012 and resulted in an indictment in 2012 against Gibson III and 10 others, including doctors, marketers and other persons affiliated with Riverside Hospital. Several of the 10 charged pleaded guilty, including assistant administrator Mohammed Khan, who admitted to conspiring to commit healthcare fraud.

Prosecutors stated that Gibson III paid kickbacks to recruiters and owners and operators of group care homes in return for delivering supposed patients to Riverside’s facilities. As far as the others who were convicted, Gibson IV operated a satellite patient care facility and Askew recruited patients and audited documents; both were convicted of conspiring to commit healthcare fraud and pay as well as receive kickbacks. In addition, Crane, who was a recruiter and shuttle driver, was convicted of conspiracy to commit money laundering.

Riverside Hospital has been financially beleaguered since the unsealing of the indictment in late 2012, which prompted the federal government to cut off funding to its facilities. As part of a bid to remain in business, Riverside surrendered its substance abuse treatment license in August and limited itself to detoxification services, no longer providing drug abuse and psychiatric treatment.

In many cases, the details of a scheme to defraud Medicare become known only after a person with knowledge of the scheme steps forward and shares his or her information with an experienced attorney, who will launch a qui tam lawsuit on the government’s behalf. In return for providing the vital information and if the lawsuit proves successful, the government will award a percentage of the recovered funds to such a whistleblower. If you have information regarding fraud against Medicare or any other government program, please contact the legal team at the Brod Law Firm for a free consultation.
-James Ambroff-Tahan contributed to this article.