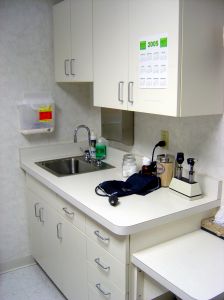 It is a measure of how the problem of healthcare fraud is so pervasive and ever-changing, that there was news emanating from Washington, D.C., this week that was encouraging as well as dismaying on this issue. And, as San Francisco qui tam lawsuit attorney Gregory J. Brod would remind us, the latest news suggests that there are still many battles to be fought and won on behalf of taxpayers, the U.S. Treasury and honest Americans who avail themselves of government healthcare programs such as Medicare and Medicaid.

Midweek, the McClatchy Washington Bureau reported that the Obama administration recovered a record $4.3 billion in pilfered healthcare funds last year, a figure that surpasses the $4.2 billion mark set in 2012. The White House also reported on Wednesday that for every dollar the government spent investigating healthcare fraud and abuse over the last three years, it recovered $8.10. The latest investment-to-return ratio is the largest three-year return on investment in the 17-year history of the federal Health Care Fraud and Abuse Control Program.

“With these extraordinary recoveries, and the record-high rate of return on investment we’ve achieved on our comprehensive healthcare fraud enforcement efforts, we’re sending a strong message to those who would take advantage of their fellow citizens, target vulnerable populations, and commit fraud on federal healthcare programs,” said Attorney General Eric Holder, who was one of the two key Cabinet officers at the administration’s press conference trumpeting the new numbers.

Holder’s Justice Department reported that it opened 1.013 new criminal fraud investigations in fiscal year 2012 that resulted in 718 people being convicted of healthcare fraud charges. The more robust numbers can be read one of two ways, however: either the government is getting better at identifying healthcare fraudsters or there has been a significant growth in the number of people who attempt to defraud the government, or both.

“We’ve cracked down on tens of thousands of healthcare providers suspected of Medicare fraud,” said Health and Human Services Secretary Kathleen Sebelius, who was the other major Cabinet officer at Wednesday’s press conference. “New enrollment screening techniques are proving effective in preventing high-risk providers from getting into the system, and the new computer analytics system that detects and stops fraudulent billing before money ever goes out the door is accomplishing positive results – all of which are adding to savings for the Medicare Trust Fund.”

While the comments of HHS Secretary Sebelius suggest that the government has found improved techniques to foil or flush out Medicare fraudsters, the other news coming from Washington this week suggests that those with thievery on their minds have come up with more creative ways of stealing money from the government.

According to the Dallas Morning News, the top-ranking members of the House Committee on Energy and Commerce on Wednesday notified the Centers for Medicare & Medicaid Services, which is a division of the Department of Health and Human Services, that they were “investigating the adequacy of CMS screening” of healthcare providers. The House committee is demanding answers from CMS in the wake of finding out that a Texas hospital chain allegedly bilked a stimulus program out of $18 million.

“The case in Texas raises broader questions about CMS’ ability to detect fraud in its programs,” according to letters sent to the agency and the HHS inspector general’s office.

In the letters from Capitol Hill to the executive branch, the committee members demanded answers regarding the practices of Dr. Tariq Mahmood’s now-defunct rural Texas hospital chain, which allegedly stole stimulus money intended to help modernize medical records. Government money was funneled to Mahmood’s hospitals despite his facilities’ long record of patient safety violations and allegations of billing fraud. Worse yet, employees told the Dallas Morning News that most of the funds were never used on a record-keeping system.

Thus, the news from the nation’s capital regarding healthcare fraud this week suggests that, while there have been successes in the fight to preserve the taxpayers’ money and help to prevent an increase in the premiums of honest Medicare enrollees due to fraud, that much work needs to be done. Usually, whenever there are victories on this front, it is because a brave whistleblower has stepped forward to file a lawsuit on behalf of the government under the False Claims Act. If you have knowledge of fraud or abuse committed against Medicare or Medicaid, please call the experienced attorneys at the Brod Law Firm for a free consultation.
-James Ambroff-Tahan contributed to this article.