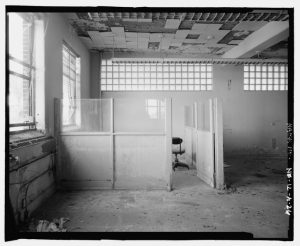 The California Whistleblowers law prohibits employers, or someone associated with them and acting on their behalf, to retaliate against employees who report their employer’s unlawful activities. The retaliation can take many forms, such as:

Regardless of how the retaliation is issued, it is in violation of the law, and an employer that retaliates against an employee could face stiff penalties.

If you are an employee who has been the target of your employer’s retaliatory acts, you have legal recourse. The whistleblower law permits you to sue the employer in court, where if the employer is found to have violated the law, you could be awarded lost wages and punitive damages and the employer could be forced to rehire the worker.

Section 1102.6 of the statute provides that in a civil action alleging retaliation, as the employee, you have to present a preponderance of evidence that his or her engaging in protected conduct was a factor in the decision to retaliate against you.

Protected conduct is defined as including:

Once you have met your burden of proof, the law shifts the greater burden to the employer, who must prove by “clear and convincing” evidence that the actions taken against you were for other, lawful reasons that would have resulted in termination, demotion, etc., even if you had not engaged in the protected activity.

Evidence can be Direct or Inferred

The court can consider and weigh many factors in determining whether you were retaliated against or the employer had good cause to treat you as it did. Cause can be demonstrated by direct evidence or by an inference.

Examples of direct evidence include instances in which the employer openly expressed its intent to target you. The intent could be expressed in writing, in an interoffice memo. An employer engaged in illegal acts naturally takes steps to hide what he or she is doing, but the employer may nonetheless get sloppy and put things in writing or share thoughts with other employees that strongly indicate a bull’s-eye had been placed on your back.

Timing can imply the employer’s retaliatory intent. The employer’s animus toward you could be inferred from evidence that before your reported the illegal activity your performance reviews were very good, after your reported, your reviews were negative. You may have other examples of how treatment towards you changed for the worse once the employer began a campaign of harassment designed to get you resign. When the employer makes working conditions intolerable, and an employee feels forced to quit, courts have called the situation a constructive discharge and awarded employees full damages.

The California False Claims Act provides that a whistleblower can bring a lawsuit against a person or entity that is believed to have violated the False Claims Act, which makes it unlawful to make or use a false statement to get money or property from the state or avoid paying money owed to the state. The whistleblower is referred to as the “qui tam plaintiff,” may possible be awarded 25% to 50% of the monies recovered, depending on how the case proceeds.

Whistleblowing on your employer’s misdeed is not an easy course to take, but it is not one you need to take alone. You deserve recognition and recompense for your public service. The lawyers at the Brod Law Firm can help you. Call 800-427-7020 today for a free consultation. We work with whistleblowers to ensure they are protected and recover for job loss and other damage they experience. We can do the same for you. We have offices in San Francisco, Oakland, and Santa Rosa (Sonoma).