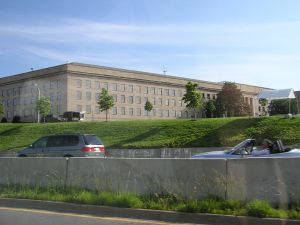 With respect to fraudulent actions against the government, much attention has been rightly focused on the schemes that seek to fleece Medicare and other healthcare programs. But San Francisco qui tam lawsuit attorney Gregory J. Brod would point out that there are other government agencies that are targets for fraud, with one of the most lucrative to be found among contracts doled out by the Defense Department. Indeed, on Thursday, the day on which the Pentagon announced major defense contracts, there was also news of accusations that have been leveled against a major high-technology firm for alleged fraud against the Defense Department.

The Pentagon awarded $555 million in defense contracts to 17 different firms on Thursday, and the Defense Department annually spends billions on such deals, many of which are in the news for reasons other than fraudulent activity, such as the flashy, state-of-the-art hardware that is ordered – or sometimes the huge price tags and/or cost overruns that are associated with such procurements.

According to Bloomberg News, on Thursday the feds charged CA Technologies Inc., which is a maker of software for managing information technology, with overcharging the U.S. government on contracts. The alleged hit to the U.S. Treasury amounted to $100 million. The lawsuit that was unsealed in federal court in Washington accused CA Technologies of not accurately disclosing its pricing for private sector customers, which is required under the law. As a result of the inaccurate pricing, the government’s complaint stated that the General Services Administration did not obtain the price it should have for government customers, including the Defense Department. The lawsuit specifically said that while CA Technologies routinely gave discounts of 90 percent or more to commercial buyers, the firm extended much smaller reductions to the GSA.
The law states that the government is entitled to negotiate for the best price that a contractor makes available to other large private sector clients, and if there is a difference in price the contractor must tender the government an explanation.

“CA (Technologies) repeatedly certified to GSA that it discounting policies and practices had not changed, when in fact it discounts to commercial customers had increased,” the Justice Department said in a statement accounting the lawsuit.

Interestingly enough, some of the charges leveled against the Islandia, N.Y.-based company were filed under seal in 2009 by a former employee of the firm’s Israeli unit. The former employee, Dani Shemesh, alleged violations of the False Claims Act, which is the law that permits private, whistleblowing individuals to sue on behalf of the government and receive a share of any recovery. The Justice Department joined Shemesh’s complaint in 2012.

The lesson herein is that the same legal vehicle that whistleblowers employ to pursue a lawsuit where healthcare fraud has been committed against Medicare, namely the False Claims Act, is the same legal sanction for pursuit of these so-called qui tam lawsuits in cases where a non-healthcare government agency has been defrauded. In both situations, it is important for the brave whistleblowers involved to seek the help of an experienced qui tam lawsuit attorney who will shepherd any potential case. If you have knowledge of a fraudulent scheme against the government please contact the legal team at the Brod Law Firm for a free consultation.
-James Ambroff-Tahan contributed to this article.