We’ve written a great deal in these pages about the financial costs of health care fraud. It is a crime that costs the government billions and causes financial losses throughout the health care industry that, in turn, impacts the wallet of every single one of us as past and future consumers of medical services. The “costs” of health care fraud also extend beyond the economic realm, a reality our San Francisco Medicare fraud law firm was reminded of recently as state legislators eye the potential impact of fraud on a hospital chain’s reputation. 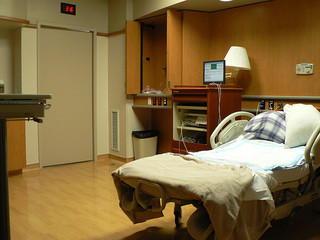 According to a report in the San Francisco Chronicle, leaders of the Legislature’s state health policy committees are questioning rankings received by Prime Healthcare Services of Ontario, a San Bernadino-based hospital chain. In three of the past five years, Truven Health Analytics service listed Prime as one of the nation’s top fifteen health systems. This year eight of the networks 23 hospitals were listed among the country’s top 100 hospitals. State Senator Ed Hernandez and Assemblyman Richard Pan wrote to Truven urging them to reconsider these ratings, saying they are at odds with the chain’s reputation and record in the state.

At the heart of the letter is the suggestion that Prime exaggerated the gravity of patient illnesses. The Center for Investigative Reporting’s California Watch project compiled a series of reports detailing allegations that Prime billed Medicare for implausibly high rates of extremely unusual medical conditions at the network’s hospitals. Billing for these conditions, including a form of malnutrition usually associated with children who’ve experienced famine in Africa, made Prime eligible for millions of dollars in Medicare bonus payments. Former employees have also testified that the network engaged in “upcoding,” a practice of padding billings with exaggerated diagnoses in order to qualify for such bonuses. While Prime acknowledged that it is under investigation for its Medicare billing practices, it defends its practices as in accordance with proper practices and the network says it expects to be exonerated.

In addition to the increased payments, Hernandez and Pan say the invalid diagnoses have led to unearned accolades in the Truven reports. They suggest that the exaggerated diagnoses make it appear as if Prime’s patients experience above-average survival rated and better-than-expected medical outcomes. Essentially, Hernandez told reporters, Prime gets recognized for treating conditions that never actually existed.

The Human Cost of Health Care Fraud
Unearned rankings may lead patients to make ill-informed decisions about their medical treatment. This is just one example of what an anti-fraud group refers to as the human face of health care fraud. The National Health Care Anti-Fraud Association notes that medical fraud can lead to patients receiving unnecessary and potentially unsafe medical treatments. Over time, fraud can cause patient records to become dangerously inaccurate, jeopardizing all future medical care and further taking away the ability of patients to make good decisions about their own care. In some cases, fraud may cause some patients to reach coverage limits, rendering them unable to receive care when they actually need it. Medical identity theft is also a growing problem.

Fighting Fraud: The Power of One Person Speaking Up
If you have witnessed health care fraud in California, report it. Turning a blind eye allows fraud to continue, contributing to both its financial and non-economic costs. You can make a difference and, as a San Francisco health care fraud attorney, Greg Brod can help. Whistleblowers are entitled to legal protection from retaliation and may be eligible for financial compensation for their time and efforts, a financial incentive that only adds to the knowledge that you played a role in fighting this dangerous and costly epidemic.