When it comes to the world of health care fraud, there’s one truth we cannot emphasize enough – Honest individuals are the key to winning the fight against fraud.  It is a truth we see again and again in our work as a whistleblower’s law firm.  The False Claims Act (“FCA” or “the Act”) provides a financial incentive for people to elect the morally right path and report suspected cases of health care fraud and other forms of government claims fraud.  The importance of health care fraud whistleblowers in the fight for right is emphasized by the emerging story of a record-breaking case against one the nation’s largest kidney dialysis companies. 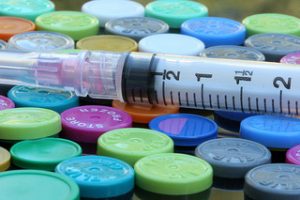 In 2007, according to last week’s Denver Post, Dr. Alon J. Vainer and nurse Daniel D. Barbir filed a whistleblower lawsuit against Denver’s DaVita HealthCare Partners.  The pair had been working for DaVita when they noticed the company was throwing out good medicine and dividing single use doses into multiple vials.  They only filed suit after internal questions/complaints went unanswered.  DaVita was, per the allegations, overbilling Medicare and Medicaid.  For example, the lawsuit suggests a physician would use part of a 100mg vial of Zemplar (vitamin D) or Venofer (an iron supplement), charging for the whole dosage despite the fact that the patient only needed 25mg.  In other cases, doctors were told to treat a patient who needed 8mg of medicine with a 10mg vial instead of a cheaper option of four 2mg vials.

After investigating the matter for two years, the government opted not to intervene in the lawsuit.  Undaunted, Vainer and Barbir continued the fight, re-filing in civil court in 2011 via the FCA.  Last Monday, DaVita announced that it will pay up to $495 million to settle the case, although the company did not admit any wrongdoing and suggests settling was in the best interest of company stakeholders given the potentially astronomic penalties if they lost the case.  Other news sources such as Atlanta’s Daily Report call this the largest non-intervened False Claims Act in history, easily trumping the previous $125 million record.  The Denver Post’s report adds that Vainer and Barbir may receive up to $135 million in conjunction with the settlement which follows two other settlements by DaVita in whistleblower lawsuits.  Those claims, which together with the current settlement may exceed $1 billion in payouts, involved allegations of over-use and double-billing tied to an anemia drug and the offering of kickbacks to doctors in return for referrals.

According to the The False Claims Act: A Primer, available through the United States Justice Department, the Civil War-era statute creates liability for anyone who knowingly submits, or causes another to submit, a false claim to the government or makes false statements in order to receive payment on a claim filed with the government.  Pursuant to the Act’s qui tam provisions, private individuals known as realtors can file FCA claims on the government’s behalf.  The government is then given the opportunity to intervene or take over the prosecution.  If a qui tam claim is successful, a realtor is entitled to a share of the recovery, 15 to 25% in cases where the government intervened and 25 to 30% in non-intervened cases.

If you have witnessed health care fraud or other forms of government contracting fraud, you know what the right move is.  Let our government fraud attorney help you make it.  We will support you throughout the dispute, ensuring your rights are protected including your right to be free from retribution and your right to compensation for your efforts, while together we fight back against fraud.

Medicare Fraud: A Problem Invading All Aspects of Health Care