When one thinks about fraud and its impact, finances tend to come to the forefront of the mind. However, when the issue is defense contract fraud, there is much more than money at stake. Defense contract fraud not only takes money from already-strained budgets, but it also puts our nation’s finest and bravest at risk. As a San Francisco defense contract fraud law firm, The Brod Law Firm partners with whistleblowers, individuals who have witnessed government contract fraud and come forward to report the information, to fight back, recover stolen funds, and protect our military.

Sentencing in Case Involving Non-Compliant Aircraft Parts
On December 22, the Justice Department released a press report detailing the sentencing of a man who allegedly led a scheme to defraud the Department of Defense. Malcom Robert Markson previously owned Action Machine LLC, a Phoenix-based company that contracted with the Department of Defense from 2009 to 2012 to manufacture wing pins. The pins are a crucial piece of safety-oriented equipment that helps secure the wings of F-15 fighter planes. The contracts required the pins meet detailed design 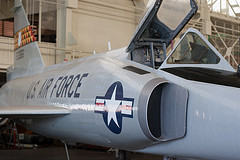 requirements including the use of a specific form of hardened steel and a rigorous inspection process. Action supplied 212 wing pins to the military and certified that the equipment met all contractually mandated design specifications.

In 2013, the government learned the wing pins made by Action might be defective. During the investigation, Markson gave auditors a document purporting to record third-party testing of the wing pins. This document was later found to be a forgery. Further, some of the wing pins had not been subjected to the requisite testing process and some had been made with the wrong form of steel. Thankfully, the fraud was uncovered before any accidents occurred because of the pins.

Last month, Markson was sentenced to six months in prison in conjunction with his plea of guilty to charges of fraud and obstruction of a federal investigation. The prosecution was a joint effort involving the Department of Justice, the Air Force Office of Special Investigations, and the Defense Criminal Investigative Service and the case was presented in the United States District Court, District of Arizona. Parties involved in the prosecution voiced the government’s dedication to uncovering and prosecuting defense contractor fraud.

The Impact of Defense Contract Fraud
Defense contract fraud is a crime that diverts large amount of money from military coffers. In October 2011, Senator Bernie Sanders prepared a report detailing defense contract fraud over the previous decade. According to his investigation, the Pentagon paid $573.7 billion to contractors who were involved in civil fraud cases during the ten year period, including $398 billion paid after a fraud-related settlement or judgment. When parent companies are included in the figure, a whopping $1.1 trillion was paid to only 37 contractors.

Defense contract fraud also puts our military at risk. Non-compliant parts can lead to completely unnecessary tragedies. In more general terms, financial fraud diverts money from legitimate spending that protects our military, our country, and people around the world.

The Importance of Whistleblowers in the Fight Against Government Contract Fraud
Whistleblowers are crucial to the fight against fraud. Often it is only insiders who have the knowledge necessary to reveal and prove defense contract fraud. The False Claims Act provides a mechanism for private individuals to bring claims on behalf of the government. In some cases, the government eventually intervenes in the case. The private whistleblower is protected from retaliation and, if the government recovers money as a result of the case regardless of whether it is via a judgment or a settlement, the whistleblower receives a substantial reward for his/her efforts.

As a Northern California whistleblowers’ law firm, we work with these brave individuals to help them navigate the complex legal process and protect their interests while simultaneously working to recover wrongfully diverted funds. If you have knowledge regarding defense contractor fraud, call to schedule a free consultation. It is about more than money, it is about protecting those who protect us.