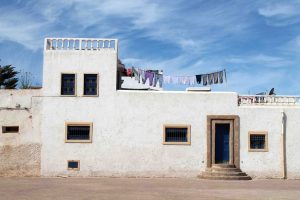 In early September, the U.S. Department of Justice announced that Galena (Galena) Biopharma Inc. will pay more than $7.55 million in a False Claims Act (FCA) settlement. The U.S. alleges that Galena paid various types of kickbacks to encourage physicians to prescribe Abstral, which is a fentanyl-based drug, also known as an opioid.

This settlement, along with the DOJ announcement regarding the expansion of opioid awareness training programs on Native American land, demonstrate that the DOJ and other government agencies are continuing to fight the opioid crisis on multiple fronts.

The U.S. alleges that Galena used unlawful kickbacks to get physicians to prescribe the opioid-based drug Abstral. These kickbacks included:

Based on all of these schemes, the DOJ determined it was likely Galena not only violated the FCA, but also created a system that encouraged physicians to over prescribe a dangerous and highly addictive opioid drug.

This $7.55 million settlement is the resolution of a qui tam suit brought by Lynne Dougherty. She is set to receive more than $1.2 million.

The DOJ announced in mid-August that it would improve law enforcement and public safety on reservations. One of the ways in which the Justice Department will do that is through continuing to expand a program that grants tribes access to federal crime data, addresses the opioid crisis, services victims of sex trafficking, and strengthens investigations of crimes against children.

More specifically, the DOJ with the Department of the Interior will be hosting Opioid Awareness Outreach Meetings in California and Alaska. The purpose of the meetings is to create better awareness of opioid abuse, particularly regarding heroin and fentanyl. Government agencies will also explain federal drug laws and Narcan deployment initiatives in Native American reservations. Narcan is the first drug approved by the Food and Drug Administration for the emergency treatment of an opioid overdose.

The inter-departmental initiative to address the opioid crisis for Native Americans is essential. Across the U.S., Native Americans are twice as likely as the rest of the population to become addicted to alcohol or drugs and are three times as likely to die from an overdose. This problem is especially difficult since many tribes lack access to health care, mental health care, and addiction treatment.

If you have information about an individual or business submitting false claims to a federal or state medical program like Medicare, or are causing incorrect claims to be submitted by others, contact an experienced California qui tam lawyer from Brod Law Firm at (800) 427-7020 today. This information is important, particularly if it perpetuates the opioid crisis. You may have the right to file suit on behalf of the government, and if the government agrees on a settlement or receives a court award, you may share in the financial recovery.