We believe education is a key component of the American dream, allowing people to take charge of their own destiny.  When schools commit fraud, they steal this opportunity.  The False Claims Act is a powerful tool for fighting federal student aid fraud https://www.brodfirm.com/qui-tam-lawsuits-and-whistleblowers.html and other forms of higher education fraud.  Our student aid fraud law firm has the knowledge and experience needed to partner with whistleblowers and confront those who commit education fraud.

Last month, the Department of Justice (“DOJ”) announced the entry of a judgment of more than $9.28 million against Lacy School of Cosmetology (“the School”) and Earnest “Jay” Lacy.  According to the government, Jay Lacy served as President and CEO of the School which had four locations in South Carolina before it shut its doors.  The School received approval from the United States Department of Education to take part in federal student aid programs.  However, according to the government, the school misappropriated government funds by failing to comply with the requirements of the student aid programs, making improper disbursements of aid monies, not refunding student credit balances, and concealing these wrongs by submitting false statements indicating compliance with aid regulations.

The lawsuit was originally filed by a private whistleblower under the FCA’s qui tam provisions.  The judgement was entered as a default judgment because the defendants failed to respond to the Complaint or the request for a default judgment.  The award includes $2,185,041 in damages including $2,078,448 related to Pell Grants and $106,593 tied to federally backed student loans.  Per the FCA, the actual damages are tripled and the court also awarded a statutory civil penalty of $2,728,000.

Using the FCA to fight education-related fraud is not a new concept and whistleblowers have often been key to these cases.  In 2007, the Evansville Courier Press reported that Oakland City University agreed to pay $5.3 million to settle allegations it violated the FCA by making incentive payments to admissions recruiters.  The 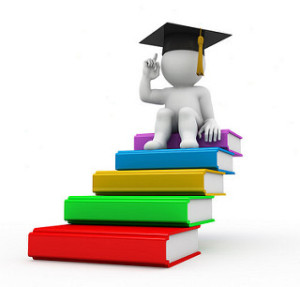 school’s former director of admissions brought the lawsuit under the FCA’s qui tam provisions and given a reward of $1.4 million for his role in the case.  While the school denied any wrongdoing, the article notes the school did announce changes to its compensation policy to ensure compliance.

Sadly, the frequency and level of student aid fraud seems to have only grown in recent years.  In November 2015, the DOJ announced a massive $95.5 million settlement with Education Management Corporation (“EDMC”).  Like the Oakland City University case, the case alleged that the school paid admissions workers based on the number of students they enrolled in violation of federal law and state laws.  In the press release, U.S. Education Secretary Arne Duncan issued a warning to schools that abuse federal funding:

“Now more than ever, a college degree is the best path to the middle class, but that path has to be safe for students.  This settlement should be a warning to other career colleges out there: We will not stand by while you profit illegally off of students and taxpayers.  The federal government will continue to work tirelessly with state attorneys general to ensure that all colleges follow the law.”

The EDMC settlement resolved four separate suits, all of which had been initiated by private whistleblowers.  The government intervened in one of the four of the cases.

Whether it is student aid fraud, student recruitment fraud, or another form of education fraud, schools that commit these wrongs are not only stealing from the government, they are stealing both money and opportunity from the American people.  For-profit college fraud is far too common and traditional colleges and universities have also been accused of FCA violations.  If you have witnessed fraud in the education arena, call our education fraud attorney at (800) 427-7020.  Together we can fight for the American dream.