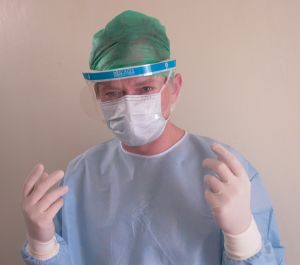 It seems as though a week or month does not go by these days without some story cropping up about another case of healthcare fraud, but this week turned out to be an especially active period for legal action taken against those accused of fleecing the federal government. Though the government’s haul of 90 charged with $260 million in Medicare fraud was an encouraging example of law enforcement, the scope of the actions leads San Francisco qui tam lawsuit attorney Gregory J. Brod to wonder how many other cases Washington may have missed.

According to USA Today, the 90 people who were arrested for alleged schemes to defraud Medicare, which law enforcement officials announced on Tuesday, included 16 doctors, with the 90 suspects accused of scams across the country that took in an estimated $260 million.

While the arrests were spread around the country, Miami was the epicenter of the law enforcement actions, with 50 people there charged with fraudulent billings – known as fake or phantom billing – for home healthcare, mental health services and pharmacy services valued at an estimated $65.5 million. As an example from Miami, two suspects were charged with soliciting kickbacks from a pharmacy owner for sharing Medicare beneficiary information, which was used to bill for drugs that were never provided; that scheme alone raked in $23 million.

Beyond the schemes in Miami, elsewhere in Florida, specifically in Tampa, five people were charged with conducting a money-laundering operation that allegedly submitted bills for services purportedly provided in Tampa employing the names of beneficiaries who were located 300 miles away in Miami.

Five of the doctors accused of committing fraud practiced medicine in the Houston area, and those physicians were charged with a conspiracy to bill for “medically unnecessary” home health services, a growing problem that these pages has focused on in a previous blog post.

In California, one Los Angeles doctor alone allegedly accounted for $24 million in Medicare losses in connection with fraudulent billings and referrals for medical equipment. The equipment included 1,000 wheelchairs that were not medically necessary and “frequently not provided.”

But perhaps the biggest single scheme in dollar terms was centered on the charges levied against a Brooklyn doctor who allegedly submitted $85 million in bills to Medicare during a three-year period for surgeries that never took place.

All in all, multiple arrests were made in Miami, Tampa, Brooklyn and Detroit.

Healthcare fraud is a serious crime punishable under the law. The specific federal law that is applicable to schemes to defraud Medicare and other healthcare programs is found in 18 United States Code Section 1347 (a), which authorizes prison terms and fines for the following:

As is often the case in many healthcare fraud schemes that come to light, it takes the brave decision by a whistleblower to share his or her knowledge of the scheme with an experienced attorney that those accused of stealing money from the U.S. Treasury and the taxpayers is ultimately prosecuted. That sharing of information with an attorney is sanctioned under the terms of the federal False Claims Act, and, as a team, the attorney and whistleblower can take legal action against the accused fraudster through a qui tam lawsuit. With that in mind, we urge anyone who has information concerning a scheme to defraud Medicare or any other government program to contact the experienced attorneys at the Brod Law Firm for a free consultation.
-James Ambroff-Tahan contributed to this article.