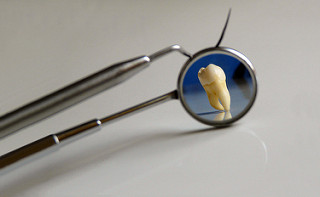 This is not the first time Medicaid fraud charges have arisen in the dental field.  Last June, the Federal Bureau of Investigations announced that an Atlanta dentist had agreed to pay nearly $325,000 to settle health care fraud allegations.  A series of related claims, including a civil claim filed by a whistleblower in addition to criminal charges, revolved around allegations the dentist engaged in a practice known as “upcoding.” Specifically, the case involved allegations the dentist charged Medicaid for more expensive procedures than the ones he had actually performed and unlawfully billed for the work of an unsupervised dental assistant when the dentist was not present in the office.

The Danger of Dental Care Fraud

Like other forms of health care fraud, dental fraud is far from a victimless crime.  Billing rules exist for many reasons, including the protection of patient health.  Dental fraud endangers patients, putting profits over patient care.  The medical community is very clear that dental health is critical to overall health and dangerous dentists are simply another form of dangerous doctors.

Additionally, dental fraud steals money from the health care system.  In the case of Medicaid dental fraud, this means less money is available to treat the very neediest among us including children who cannot afford dental care if Medicaid funds are not available.

The False Claims Acts allows private citizens to take an active role in fighting health care fraud, including fraud involving the dental field.  In addition to providing protection for whistleblowers, the law provides a substantial reward if a whistleblower’s claim leads to the government recovering money (although we find that profit is rarely the main motivator for whistleblowers).  If you have witnessed health care fraud or any other form of fraud on the government or a government program, call our government fraud law firm’s toll-free hotline at (800) 427-7020.  You can make a difference.