An article released by the Wall Street Journal late last week caught the attention of health care fraud lawyer Greg Brod. As discussed below, the article reviews some promising numbers from 2014 that show the fight against health care fraud is gaining ground and, at the same time, show how far we have to go. The article also discusses what it calls a shift in focus from “chasing fraud” to preventing it. We believe this is a false dichotomy and that belief, the belief that prosecuting fraud prevents fraud, is part of what motivates our firm’s commitment to partnering with private whistleblowers to fight health care fraud. 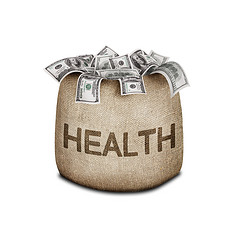 Last Thursday, The Wall Street Journal reported that the U.S. government recovered $3.3 billion in the course of fiscal year 2014 from the perpetrators of health care fraud schemes that targeted federal health programs. The article cites a report from the federal Health and Human Services Administration (“HHS”) that was released to the public later the same day. Over the past three years, the administration recovered $7.70 for each dollar it spent investigating fraud in the health care arena. This is the third-highest level of return on investment since the government launched the Health Care Fraud and Abuse Control Program in 1996. Since that time, investigations have resulted in the return of over $27.8 billion to the Medicare and Medicaid systems. Nonetheless, the recoveries represent only a small fraction of the amount scammers are believed to be draining from the federal program coffers. Fraud is believed to account for a startling 10% of all Medicare spending, a figure that works out to $58 million a year.

A False Dichotomy: Fighting Future Fraud by Prosecuting Past Frauds Clearly this is still a fight we’re learning to fight. While HHS applauded the program’s “impressive recoveries,” the WSJ suggests that it comes amid an “attempt to move away from chasing fraud to preventing it.” The article referenced a new Fraud Prevention System, a predictive analysis program that reviews claims for suspect behavior that is credited with identifying and/or preventing $211 million in improper payments in 2014. Additionally, in 2014 the federal government expanded the ability of the Medicare and Medicaid system to remove providers from the program due to a pattern of inappropriate billing statements.

We have sometimes referenced a “two-pronged strategy” on this blog in terms of health care fraud and with respect to other areas of our practice. Ultimately, however, we believe this is something of a false dichotomy. Prosecuting wrongdoers prevents wrongdoing, both by the specific target of the prosecution and by others who are deterred by the knowledge that many people are dedicated to ferreting out fraud. The whistleblowers we work with, private individuals who decide to speak up and speak out in the face of fraud, know this and it is part of what brings them to our offices. In partnership with these individuals, our Medicare fraud law firm works to recover wrongfully diverted government funds and in doing so not only chases fraud, but prevents it.

If you witnessed health care fraud or other forms of government contract fraud, call our office at (800) 427-7020 to discuss how you can join the fight.