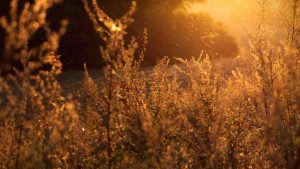 Pharmaceutical companies Mylan Inc. and Mylan Specialty L.P. agree to pay $465 million to settle a lawsuit brought under the False Claims Act (FCA). According to the FCA-based suit brought by a whistleblower, Mylan intentionally misclassified EpiPen as a generic drug – knowing it was a brand name drug – in order to not have to pay higher rebates to Medicaid. EpiPen is a brand name drug because there is no therapeutically equivalent drug provided by other manufacturers. Mylan is the single source of EpiPen. By willfully and incorrectly deeming it a generic drug, Mylan was not required by law to pay a higher rebate to Medicaid, thereby retaining a greater amount of money and increasing their profits.

The purpose of the Medicaid Drug Rebate Program is to ensure state Medicaid programs were not injured to price gouging by manufacturers that were the only source of a drug, like EpiPen. When a drug manufacturer is a single course for a medication, there is no market competition to balance the price of the drug. Instead, that manufacturer can continually raise the price and there will always be a demand for the drug out of necessity.

Within the Medicaid Drug Rebate Program, brand name drugs must provide a higher rebate to Medicaid, which increases to the extent the drug’s price increases more than the rate of inflation. In contract, generic drugs, which can be purchased from multiple manufacturers, are subject to lower rebates.

The government found evidence that Mylan intentionally reported EpiPen as a generic so that it could massively increase the price of the drug on the private market yet not have to pay the higher rebate to Medicaid. Between 2010 and 2016, the pharmaceutical company increases EpiPen’s price by about 400%. However, because of the generic label, it continued to pay Medicaid a fixed 13% rebate that entire time.

The FCA lawsuit against Mylan started through the qui tam provision of the federal FCA, which enables private individuals or businesses, known as the relator, to file lawsuits on behalf of the government. After time to investigate the claims, the government then has the ability to join the lawsuit or not. If the government gains a financial recovery based on the whistleblower’s suit, the relator is entitled to a part of the settlement or award.

In this suit, the relator was another pharmaceutical manufacturer, Sanofi-Aventis US LLC. It is set to receive about $38.7 million.

If you have any private information regarding a healthcare company’s fraud against a state or the federal government, contact our experienced qui tam lawyers from Brod Law Firm at (800) 427-7020. We have years of experience in representing whistleblowers in healthcare fraud cases. Call us today to schedule a free consultation so we can review your situation and information and advise you on the next best steps. While qui tam cases can be lengthy and complex, you can be well-rewarded for bring information about fraud to the government’s attention.