When someone identifies an act of health care fraud, it is important that they speak up. However, under the False Claims Act (FCA) the ways in which they speak up are limited by Federal law. A recent Supreme Court ruling on qui tam lawsuits arising under the FCA will have broad implications for whistleblowers.

According to the LII Supreme Court Bulletin, Benjamin Carter first filed a qui tam suit against Kellogg Brown & Root Services, Inc. (KBR) in 2006. His lawsuit alleged that KBR had fraudulently billed the United States government for water purification services that were either performed improperly or not performed at all. The District Court dismissed the complaint based on the first-to-file rule which states that when a private person brings a qui tam lawsuit under the FCA, no person can bring a related action based on the same underlying facts. In this case, Mr. Carter’s complaint was dismissed because there was a pending case with similar claims that had been filed earlier. While Mr. Carter appealed, the pending case was dismissed. Mr. Carter filed a new lawsuit, which was also dismissed for the same reason – the pending case was now pending on appeal. 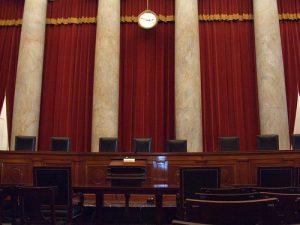 Mr. Carter filed a third lawsuit, which was again dismissed. This third dismissal was based on two grounds. First, that the lawsuit was barred due to pending cases that were filed earlier – the same ground as the first two dismissals. Second, that the claims were barred because they were beyond the statute of limitations in the FCA.  The Fourth Circuit reversed the District Court’s dismissal and stated that Mr. Carter had a right to file suit.

On Tuesday, May 26, the Supreme Court ruled on both issues. First, the court ruled that the statute of limitations in the FCA is not extended by the WSLA. Second, the court ruled that qui tam actions can no longer be considered pending once they are dismissed, and can not be the basis to of a first-to-file rule bar a whistleblower from filing a qui tam lawsuit.

While the case does not directly deal with health care fraud, its rulings with regard to the FCA are directly applicable. First, the Court’s ruling with regard to the WSLA means that complainants or whistleblowers who file suit will be limited to the statute of limitations set forth in the FCA. They will not be entitled to an extension of the statute of limitations for qui tam claims. This reinforces a shorter time limit on qui tam actions, and could bar some whistleblower suits from moving forward if too much time has lapsed.

Second, the Court’s ruling with respect to the first-to-file rule should protect some qui tam lawsuits from dismissal when other similar actions have been dismissed. This gives health care fraud whistleblowers more leeway when filing suit. Even if a previous similar suit has been dismissed, new lawsuits will still get an opportunity to make their case against fraud.

If you have questions about coming forward and speaking up about health care fraud, it’s important to understand the law. Contact our attorneys. We can help you understand your options, protect your rights, and help you seek justice.