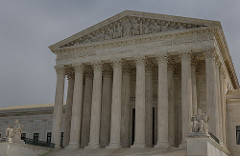 END_OF_DOCUMENT_TOKEN_TO_BE_REPLACED

As Modern Healthcare recently reported, the implied certification theory is heading to the Supreme Court via the case of Universal Health Services v. United States ex rel Escobar.  The case involves a claim filed by the parents of a teenager who died while under the care of a mental health clinic.  The plaintiffs allege that the clinic’s staff was not properly supervised and that the clinic lacked required board-certified or board-eligible supervisory personnel.  As the First Circuit wrote, “The crux of their complaint is that [Defendants’] alleged noncompliance with sundry supervision and licensure requirements rendered its reimbursement claims submitted to the state Medicaid agency actionably false under both the federal and Massachusetts False Claims Acts.”