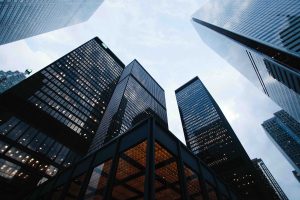 The United States government uses a number of contractors in many different areas. For example, manufacturers make training gear for the U.S. military, and the prison system has many contracts for staffing the prisons and helping maintain its facilities. Many medical clinics and hospitals receive funding from Medicaid and Medicare contracts.

When any of these types of fraud happen with government contracts, it is typically someone who works for the contractor who is the first to notice. The receptionist at a health clinic for example, may notice that a doctor repeatedly inflates Medicare bills. When this is the case, it is important that those employees come forward.

Why the Need for Whistleblowers?

Many people understand that others may try to defraud the government, but are not sure why it is their responsibility to blow the whistle on that fraud. The answer is simple.

Any time the government pays money to a contractor, it is really the American taxpayers who pay for it. The government represents the people and works on the public’s behalf. When any contractor defrauds the government, they are really defrauding the public. When fraud continues, as it often does for years before it is noticed by anyone, taxpayers are hurt even more.

While compensation is available for whistleblowers that help protect the government from fraud, the most important reason to blow the whistle is because it is the right thing to do.

If you work for a government contractor, such as a Medicare provider, and you think you have uncovered fraudulent activity, contact a Qui Tam attorney in California who can help.

At Willoughby Brod, LLP, we know the kind of fraud involved in government contracts, and we know how commonly it happens. You are likely uncertain about coming forward, but it is the right thing to do. We will help you every step of the way. Contact us today at (800) 427-7020 for your free case evaluation and we will review all of your options with you.

What are the Steps of Filing a Federal Whistleblower Lawsuit?