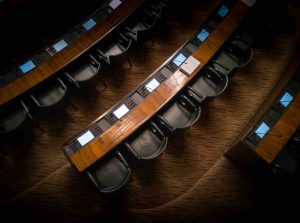 Federal law allows for whistleblowers to file lawsuits against individuals or companies that are defrauding the government. A lawsuit of this nature is called a whistleblower or a qui tam lawsuit. These lawsuits are often complex legal matters and specific steps must be taken to help ensure their success.

What is a Qui Tam Lawsuit?

The Federal False Claims Act (31 U.S. Code §3729) is a federal law that allows individuals to file a lawsuit in federal court to expose cases of fraud against the government. The person who files the lawsuit is known under the law as a relator. The law provides that a relator can file a suit and, if successful, the relator can receive up to 30% of the amount that the government recovers.  While it sounds simple on its face, it is a complex process.

Elements of a Qui Tam Lawsuit

The first necessary element of a qui tam lawsuit is the relator. A relator is a person who, under the law, is an original source of the information alleging the violation or who has voluntarily disclosed the information on which allegations or transactions are based before any public disclosure has been made or has knowledge that is independent of and materially adds to the publicly disclosed allegations or transactions.

Steps in a Qui Tam Lawsuit

Once you have a relator who can allege fraud, now a lawsuit can begin. First, the relator must file a lawsuit in federal court. The lawsuit is filed under seal and the law provides that the specifics must be sealed for at least 60 days. It is not served on the defendant until the court orders it to be served. It is, however, provided to the appropriate U.S. Attorney’s Office. The seal requirement is in place to allow the government time to investigate the claims in the case. This can take months or even years. After the investigation concludes, the government then makes a determination of whether it will prosecute the suit. While the government makes its decision whether to take up a case on a number of factors, it must be noted that in 2018, the Department of Justice issued what many consider controversial guidance regarding factors that should be evaluated in making dismissal decisions in qui tam suits. If the government decides to take up the case at this point, the suit is unsealed and the case proceeds to litigation. If the government declines to take up the case, the suit can either be dismissed by the government or, if the government declines to prosecute the action, the relator may be allowed to proceed in the suit without the aid of the government.

Qui tam lawsuits often pose complex questions of both law and fact. Risks to relators for blowing the whistle are certainly real and serious. In order to be successful in bringing a lawsuit of this nature, relators often need the help of a law firm that is experienced in qui tam litigation.  If you are in the San Francisco, Oakland, or Santa Rosa area and you are considering a whistleblower action, consider getting help from Willoughby Brod, LLP. Their legal professionals have helped relators for years and have extensive experience in navigating the complexities of these cases. Give them a call at 800-427-7020 or click here to set up your initial consultation. Let them help guide you to the results you deserve.