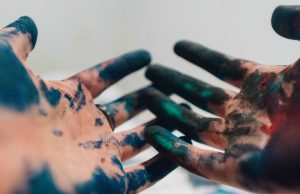 Many times, an employee has identified fraud against the government occurring within their place of employment. They want to report this fraud, or blow the whistle, but are afraid to because they participated in the fraud. This is often an extremely difficult situation. Potential whistleblowers know the fraud is wrong, but they also do not want to face repercussions for it. However, their involvement was likely entirely forced by their employer. The employee may want to blow the whistle to stop their own involvement, or they may just want to do the right thing.

When someone is involved with defrauding the government, they are considered to have unclean hands. If an employer forced the employee to participate in the fraud, they may be immune from being found with unclean hands.

The Department of Justice and Unclean Hands

Still, the Department of Justice recognizes that employees are often coerced into engaging in fraudulent behavior. When they do so, they are scared for their jobs and income, knowing there is a real threat of losing them if they do not help with the fraud. Secondly, the Department of Justice wants whistleblowers to continue coming forward. If they are prosecuted, it is a deterrent to anyone who wants to come forward in the future.

Unfortunately for whistleblowers in California, there is a provision in the California False Claims Act that allows those that have engaged in fraud to face prosecution, even if they blew the whistle on their employer. This is stated under Cal. Gov Code section 12652(g)(5), which states the plaintiff in a qui tam lawsuit can have his or her award reduced below the normal 15% minimum if that person has engaged in fraud.

However, this provision only applies to whistleblowers who planned and initiated the fraud. As such, those individuals that are pressured or coerced by their employers to participate in the fraud are still free from prosecution, as long as they did not plan or initiate the criminal activity.

If you have witnessed fraudulent activity at your workplace, do not try to blow the whistle on your own. A qui tam lawyer in California can ensure that your rights are upheld and that you get the full award to which you are entitled. At Willoughy Brod, LLP, we are passionate about stopping fraud against the government, and want to help whistleblowers get the full compensation. If you need help, call us today at (800) 427-7020 or fill out our online form. We offer free consultations so we will review your case at no charge and advise you of all your legal options.