One of the reasons we write about health care fraud is to make people aware of the true cost of these schemes.  These crimes are ultimately financial in nature, with scammers stealing billions (not a typo!) each year from government programs that are already operating on strained budgets.  As if stealing money that is supposed to go towards ensuring the health of some of our nation’s most deserving (including military families and seniors) isn’t bad enough, these crimes also have a direct impact on individual beneficiaries.  The broad, sometimes life-threatening impact of these crimes is why we urge private citizens to join the fight against health care fraud and why we are proud to serve as a law firm for health care fraud whistleblowers.

A case from 2014 stands out as a particularly egregious example of how scammers put individuals at risk, ignoring the duties of the health care profession and risking people’s lives for profit.  The FBI’s news article paints the picture:

Imagine receiving a diagnosis of cancer and then having to go through chemotherapy or other intensive treatments. Then imagine finding out that you never had cancer in the first place and that your doctor—whom you trusted implicitly—merely used you in his scheme to fraudulently bill the federal Medicare program and private insurance companies for hundreds of millions of dollars. 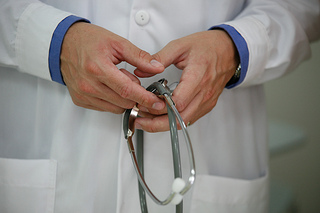 Dr. Farid Fata operated a multi-site cancer treatment clinic and a diagnostic testing facility in Michigan.  According to the FBI, Fata handed out false cancer diagnoses and told other patients that they had serious health conditions that required expensive intravenous therapy, medications, and on-going monitoring.  Incorrect diagnoses like these put patients’ well-being and sometimes their lives at risk.  Knowingly making an incorrect cancer diagnosis is unimaginable stands in stark contrast to the well-known mandate that doctors “First, do no harm.”

In addition to putting his patients at risk, Fata is said to have bilked Medicare out of approximately $91 million.  An interesting detail: When researching this post, we came across an article in the Lebanese Examiner about Fata’s apparent interest in purchasing a $3 million castle!  The article suggests Fata threatened to stop using certain medications unless the drug companies sent money to his “charity” and that Fata later inquired about using charity funds to finance the castle purchase.

A Guilty Plea with Shocking Admissions

Facing mounting evidence and an impending trial, Fata pled guilty to charges including 13 counts of health care fraud.   In his plea, Fata admitted to wrongful conduct including: Ordering unnecessary cancer tests; Administering unnecessary treatments including chemotherapy, iron infusions, and human growth factor; Accepting kickbacks for patient referrals; and Using money laundered from the infusion scheme to promote the cancer testing scheme.  Dr. Fata is set to be sentenced this month.  The court is asking former patients to RSVP if they wish to attend.

The Role of Whistleblowers in Fighting Health Care Fraud

The FBI plays an important role in investigating and prosecuting health care fraud.  However, they cannot do it alone.  Private whistleblowers, individuals with personal knowledge of fraudulent schemes, are essential.  Whistleblowers range from company insiders, many of whom tried to raise an alert internally and were met with opposition and sometimes fired, to observant beneficiaries who notice improper charges filed under their names.

If you have witnessed health care fraud, please speak up.  These schemes thrive on silence.  Call our health care fraud attorney to learn more including how we can protect you from retaliation and the possibility of economic rewards for whistleblowers.