People make mistakes in the course of their job every day. When those ‘mistakes’ are intentionally made by a physician or health care billing administrator, though, they are considered fraud. The U.S. Department of Justice (DOJ) has spent the last few years cracking down on health care fraud, with the help of whistleblowers.

END_OF_DOCUMENT_TOKEN_TO_BE_REPLACED

A doctor was arrested on December 13, 2018 for improperly distributing opioids to his patients and billing Medicare for the drugs. The doctor now faces 45 federal charges relating to healthcare fraud for not only prescribing illicit drugs to patients but requiring those with insurance to accept injections so that he could bill additional costs to public health programs like Medicare. While this is an extreme example of pharmaceutical fraud, there are numerous smaller incidents of pharmaceutical fraud that take place every day. If you believe your employer or healthcare provider is engaging in pharmaceutical fraud or any type of healthcare fraud, contact the qui tam attorneys at Willoughby Brod immediately to report the fraud.

What is Pharmaceutical Fraud?

END_OF_DOCUMENT_TOKEN_TO_BE_REPLACED 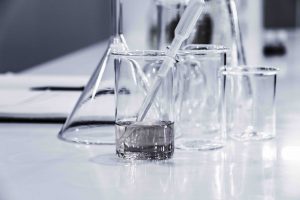 What is Medically Unnecessary Testing?

Medically unnecessary testing occurs when clinical laboratories order tests that are excessive, unnecessary, or inappropriate for a patient’s treatment. Not only can this be extremely costly, it can also be dangerous to a patient’s life.

END_OF_DOCUMENT_TOKEN_TO_BE_REPLACED 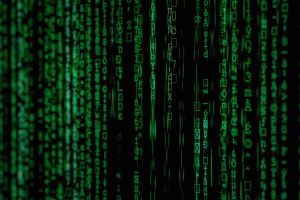 The most common type of healthcare fraud is fraudulent billing. Healthcare providers may bill for services that were never rendered, or bill for a more expensive service than the one that was rendered. For example, a doctor might bill a patient for a two-hour visit when in fact the visit was only one hour long. Fraudulent billing in the medical space is so common that it accounts for up to 10% of annual healthcare costs in the U.S.

END_OF_DOCUMENT_TOKEN_TO_BE_REPLACED 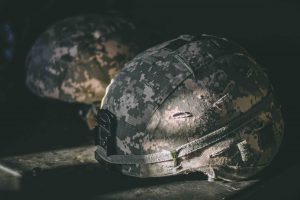 With the high number of TRICARE fraud cases in the United States, it is no wonder that healthcare fraud is the second highest priority of focus for the U.S. Department of Justice. The $2.7 trillion healthcare industry is an enticing target for those wanting to commit healthcare fraud, which is defined as purposefully misrepresenting a medical treatment or product in order to receive a higher benefit. In fact, Humana Military has estimated that 7-10% of the $2.7 trillion industry is fraudulent. If you suspect your doctor is committing TRICARE fraud, call an experienced qui tam lawyer at The Brod Law Firm today to learn more about how you can report your case as a whistleblower.

END_OF_DOCUMENT_TOKEN_TO_BE_REPLACED

Ever since the passage of the Affordable Care Act in 2010, all violations of the Anti-Kickback Statute (AKS) have been actionable under the False Claims Act (FCA). In plain language, this means that, if you are aware that people in your workplace are defrauding government agencies, you can file a qui tam lawsuit, also known as a whistleblower lawsuit, on behalf of the government. California has become the most recent state in which the Department of Justice (DOJ) has taken legal action against a pharmaceutical company that, according to whistleblowers, engaged in fraudulent practices related to the marketing and promotion of an addictive drug.

The Drug, the Pharmaceutical Company, and the Fraudulent Activities

The drug at the center of the controversy is an analgesic mouth spray; the FDA has approved the drug only for the treatment of breakthrough cancer pain. Breakthrough pain, a phenomenon common in cancer patients, is when a patient is able to control his or her chronic pain through consistent use of medication but occasionally also suffers acute pain (“breakthrough pain”) that requires additional medication. Thus, the approved uses for the drug were quite narrow. Despite this, the pharmaceutical company allegedly engaged in several prohibited practices in order to entice physicians and nurse practitioners to prescribe the drug for patients other than those for whom it was intended. Whistleblowers reported the following AKS violations on the part of the drug company.

END_OF_DOCUMENT_TOKEN_TO_BE_REPLACED

Medicare and Medicaid are taxpayer-funded healthcare programs instituted for the purpose of ensuring that all Americans have access to basic health services. Fraud on the part of health care providers is a major threat to these programs and to the health of millions of Americans who benefit from their services. Every year, physicians and other members of the healthcare industry enrich themselves by diverting funds from Medicare and Medicaid to themselves and by fraudulently billing these publicly funded programs. Whistleblowers who have helped bring legal action against purveyors of healthcare fraud have helped the nation recover billions of dollars for healthcare.  If you are aware of healthcare fraud at your workplace, contact an attorney to discuss filing a qui tam lawsuit.

How Big a Problem is Healthcare Fraud?

The Department of Justice collects data on healthcare fraud, and the figures are alarming. For 2014, the most recent year for which the DOJ has published statistics, it is clear that healthcare fraud was widespread, but that the government, with the help of whistleblowers, was taking effective measures to stem it.

END_OF_DOCUMENT_TOKEN_TO_BE_REPLACED

Alere, Inc. and its wholly owned subsidiary Alere San Diego agreed to pay the U.S. $33.2 million to resolve allegations that the medical device manufacturer violated the False Claims Act. (Alere was acquired by Abbott, one of the world’s largest healthcare companies, in October 2017.) According to the Department of Justice (DOJ) press release, Alere caused hospitals to submit inaccurate claims to Medicare, Medicaid, and other federal healthcare programs by willfully selling unreliable point-of-care diagnostic testing devices.

END_OF_DOCUMENT_TOKEN_TO_BE_REPLACED 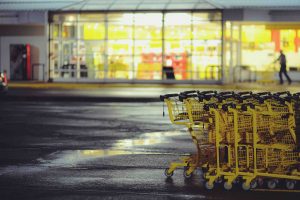 In March, the Department of Justice for the Eastern District of California announced the federal government and California reached a settlement agreement with Kmart. The retailer, based in Illinois with locations throughout California, will pay $525,000 to resolve allegations that it violated the federal False Claims Act by knowingly submitting false claims to Medi-Cal. The claims for reimbursement were not supported by appropriate diagnoses and documentation.

END_OF_DOCUMENT_TOKEN_TO_BE_REPLACED 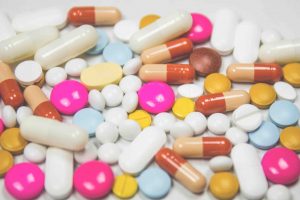 In April 2018, the U.S. Attorney’s Office for the Southern District of California announced that two physicians pled guilty to participating in a health care fraud scheme against TRICARE, the health care program for U.S. service members and their families. Carl Lindblad, 53, and Susan Vergot, 31, were charged with fraudulently obtaining more than $65 million by unnecessarily prescribing expensive compound medications for patients they did not see in person.