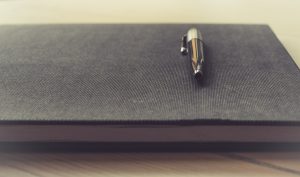 Based on documents from a qui tam lawsuit filed against numerous health insurance companies, it is clear that the U.S. Department of Justice is looking into allegations that major health insurers in the U.S. are overcharging Medicare. These insurers include UnitedHealth Group Inc., Health Net Inc., Aetna Inc., and Bravo Health Inc., which is part of Cigna Corp. You may recognize these as some of the largest insurance providers in the country. The U.S. has agreed to join the qui tam suit against UnitedHealth and declined to intervene in cases against the other insurers. However, the government has stated it will continue its investigation into the allegations against these other insurers separately.

The Beginning of this Qui Tam Action

The qui tam action based on the False Claims Act was filed by Benjamin Poehling in 2011. Poehling was previously an executive at UnitedHealth and alleges that major health insurers overstate how sick Medicare patients are to increase reimbursements by millions of dollars. Through the program known as risk adjustment or risk scoring, healthcare providers would state that numerous Medicare patients under Part C and Part C programs were treated for conditions they did not have or had, yet were not treated for – also known as upcoding. These particularly costly conditions that were coded increased a provider’s risk score and in turn, raised reimbursements from the government.

This kind of action is referred to as risk adjustment fraud, a well-documented issue with Medicare-managed plans. A National Bureau of Economic Research (NBER) study released in 2015 found that providers “gaming” the Medicare system caused the federal government to lose up to $10 billion each year. This is a significant issue, yet it is even worse when you consider that the current form of Medicare-managed plans was introduced to save costs.

The Importance of This Case

UnitedHealth Group is the largest insurance company in the U.S. and handles the most Medicare-managed healthcare insurance planes. If it is true that UnitedHealth Group is overcharging Medicare for patients across the country, the recovery for the DOJ would be significant. Discovery throughout this case could also give the U.S. more information in regard to how other health insurers charge Medicare and might abuse the system, leading to additional recovery in the future.

In Regard to the Other Insurers

The other health insurers are not out of the woods simply because the U.S. declined to join the case against them. The relator, Poehling, is entitled to move forward with the suits against them. If he were to be successful, both he and the U.S. would benefit from the final award.

Do You Have Information About Medicare Fraud?

If you work within a health insurance company or health care provider and you have evidence of Medicare fraud, contact the experienced San Francisco qui tam lawyers of Brod Law Firm at (800) 427-7020 to schedule a free consultation. An attorney experienced with claims filed under the False Claims Act can review your situation and advise you of your legal options and rights as a whistleblower.