As a law firm for beneficiary whistleblowers in health care fraud cases, we are committed to staying informed about developments involving fraud and related wrongs across the country.  When a beneficiary reporting health care fraud (or a beneficiary who simply feels something is amiss) calls our office, we can evaluate the facts and discuss the law, including the very latest cases involving federal and state anti-fraud statutes.  This week, a case from Illinois caught our eye.  It involves alleged fraud by a chiropractor, a field many view as new and/or alternative despite having roots in Ancient Greece and practitioners being recognized in all 50 states (American Chiropractic Association).  Notably, the allegations suggest some beneficiaries were complicit in the scam.  While patients probably didn’t know the extent of the fraud, perhaps accepting a dubious explanation, the clinic’s fishy behavior likely set off alarm bells; alarm bells we hope lead others to contact our team rather than assent to wrongful acts. 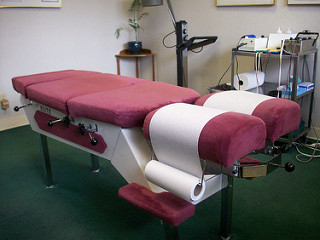 According to the Journal & Topics Newspapers, a Wheeling, Illinois chiropractor and members of his family are facing charges they fabricated medical records and billed insurance carriers for services that were medically unnecessary or never rendered at all (indictment available via the FBI).  The charges include health care fraud and aggravated identity theft.  In all, the defendants are accused of filing $28,775,000 in insurance claims from 2006 through November 2012 and receiving $10,47,000 in insurance payments.

The article suggests the alleged perpetrators falsified patient records and created fake sign-in sheets suggesting patients received care when no treatment was rendered.  The government suggests the clinic also referred patients for unnecessary ultrasounds, with the ultrasound provider allegedly sending some of the ill-gotten proceeds back to the chiropractic team.  Notably, the charges suggest some patients knew about the overbilling and were convinced to assent by having their deductibles covered by the conspirators or by being given a share of the proceeds via a check from the chiropractor and/or his family members.

The Other Side: Beneficiary Helps Uncover Fraud in Michigan

While the indictment alleges that patients were complicit in the Wheeling fraud, we believe another case shows a far more common occurrence – a fraudulent chiropractic billing scheme uncovered because a patient spoke up.  Blue Cross & Blue Shield of Michigan reports that a patient noticed her Explanation of Benefits statement, the monthly report listing claims made on your behalf, included more chiropractic visits than she actually made.  She told the doctor’s office.  They said it was an error and sent her a gift basket.

The patient remained suspicious and rather than accepting the explanation she spoke to colleagues.  She learned others had noticed similar insurance claims for dates they had not received treatment.  The patient reported her concerns to the insurer and it concluded the billing was purposeful and fraudulent.  An investigation uncovered numerous inaccurate billings.  One subscriber’s family members had received care from the chiropractor, but the clinic also regularly filed claims for visits by the subscriber himself despite the fact that he never received clinic care.  The chiropractor eventually entered a no contest plea to charges related to the incidents and was forced to repay the insurer — all thanks to a beneficiary who refused to accept suspect behavior.

A Message to Beneficiaries

If you suspect fraud by your medical provider, please speak up.  It is tempting to ignore inklings that something is amiss or even write off medical fraud as a “victimless crime,” especially when given a financial incentive and having medical professionals allay your concerns.  In truth, as discussed on this blog, health care fraud steals from the general public and endangers the health of millions by depleting resources and creating inaccurate medical records.

We are here to hear your concerns and help you determine whether it is truly a case of fraud or whether there is an innocuous explanation.  If it is indeed fraud, we will ensure your concerns are heard and acted upon.  When the case involves government insurers (e.g., Medicare, Medicaid, Tricare), you may be eligible for compensation if your information leads to a recovery.

Don’t let unscrupulous providers convince you to become a participant in fraud.  Call our health care fraud lawyer at (800) 427-7020.