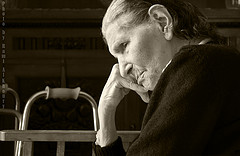 There has been growing awareness in recent years about the importance of mental health. More people are seeking help and health professionals are becoming more educated on the importance of a well-rounded definition of health. Sadly, there are also scammers out to take advantage of this trend including the perpetrators of Medicare fraud. As a health care fraud law firm based in California, the Brod Firm partners with whistleblowers to fight mental health benefit fraud, working together to return money to government coffers and ensure that the benefits are available for those who truly need them.

Sentencing in $97 Million Fraud Scheme
The government’s commitment to fighting health care fraud has extended into 2015 as demonstrated by the sentencing of two Houston area physicians who used their ownership in a mental health clinic to perpetrate a $97 million Medicare fraud scheme. As a Department of Justice press release details, Dr. Mansour Sanjar, 81, and Dr. Cyrus Sajadi, 67, were found guilty of conspiracy to commit health care fraud and related counts involving kickbacks via a jury trial last March. This month, they were sentenced to 148 months and 120 months in jail respectively and ordered to pay restitution of approximately $8 million. A group home owner, Chandra Nunn, was also sentenced to a 54 month jail term and ordered to pay over $1.8 million restitution. Several other co-defendants are still awaiting sentencing.

According to the evidence presented by the government at trial, the physicians owned Spectrum Care P.A., a community mental health clinic, and used the clinic to defraud Medicare from 2006 until their December 2011 arrest. The clinic purported to provide partial hospitalization program (“PHP”) services, a special form of intensive outpatient treatment used in cases of severe mental illnesses. Evidence showed that Spectrum billed Medicare for PHP care for beneficiaries who neither qualified for nor needed such care. When the doctors were allegedly providing this intense therapy, the “patients” were actually playing games, coloring, and watching movies – activities not covered under Medicare. Additional evidence showed that Drs. Sanjar and Sajadis paid kickbacks to patient recruiters and group home care operators, including Nunn, in exchange for providing the (ineligible) Medicare beneficiaries. Per a government report, these individuals received money, gift cards, or cigarettes for providing beneficiaries willing to attest to receiving care. Overall, Spectrum allegedly billed Medicare for some $97 million in care that was not medically indicated and sometimes not provided.

Fighting Fraud, Advocating for Health
There is something especially disturbing about health care fraud perpetrated by doctors. Referencing the Spectrum case, Assistant Attorney General Leslie Caldwell noted: “Doctors are not only bound by oath to serve the health of their patients, they are bound by duty to serve as gatekeepers for Medicare spending…In this case, without the criminal participation of Drs. Sanjar and Sajadi, this fraud simply could not have happened.” Involvement in health care fraud risks the health and well-being of patients in addition to draining money from already strained budgets.

Fighting Medicare fraud schemes often involves both criminal and civil prosecutions. Frequently, it is a private individual who alerts the government to fraudulent conduct. Pursuant to the False Claims Act, a piece of legislation described in a Justice Department “Primer”, private whistleblowers can bring civil claims on the government’s behalf and the government may or may not choose to be involved in the case (and may choose to also file related criminal charges). Civil suits are critical in that they help return the wrongfully diverted money to the programs and ensure money is available for those who truly need it and qualify for care. The Act provides a significant reward for whistleblowers whose information leads to the government recovering money, funds that recognize the important work whistleblowers do in this arena, and also protects the whistleblower from retaliation by the defendant(s).

If you have information about mental health Medicare benefit fraud or another form of fraud on government health care programs, we can help you fight back. We handle cases in federal courts across the country. Call to arrange a consultation with our Medicare fraud whistleblower’s attorney.