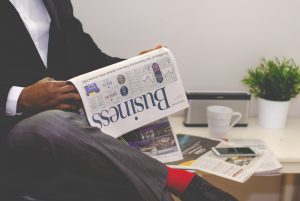 In December 2016, the U.S. Supreme Court determined in State Farm Fire & Casualty Co. v. United States ex rel. Rigsby that a violation of the False Claims Act (FCA) seal requirement does not require an automatic dismissal of the case. This is good news for whistleblowers and the U.S. government who use suits under the FCA to recover money fraudulently stolen or kept from the government.

Under the FCA, private citizens can file what is known as a qui tam action under the FCA on behalf of the U.S. government. These individuals are commonly known as whistleblowers but are called “relators” under the law. Once the relator has begun the action, the government has time to investigate the issues and decide whether or not to intervene. If the federal government intervenes, it is a party to the suit. If it chooses not to intervene, the relator can move forward with the suit, but the government is only a party of interest.

Under the qui tam option, the complaint alleging a violation of the FCA must be filed under seal. This means the complaint is confidential during the government’s initial investigation. All records are kept on a secret docket by the court clerk and the complaint is only provided to the U.S. Department of Justice and the assigned judge. Even the defendant is not notified during this time. The complaint remains sealed for a minimum of 60 days, though the government often requests and is granted extensions of the seal. Qui tam complaints can remain under seal for months or years.

While being under seal does not require the relator to remain absolutely silent regarding the case, the individual must use a great deal of discretion and seek an attorney’s advice before talking about it. Not only is the complaint meant to be confidential, but discussing the qui tam action could lead to unlawful retaliation by the defendant.

In State Farm Fire & Casualty Co. v. United States ex rel. Rigsby, the qui tam complaint was properly filed under seal as required by law. However, the relator’s attorney leaked the news that an FCA complaint against State Farm existed to national news outlets. The media then reported on the allegations that State Farm committed fraud against the government in relation to claims made for damage caused by Hurricane Katrina. State Farm filed a motion to dismiss based on the violation of the seal required under the FCA. The district court denied the business’s motion, which was then affirmed by the Fifth Circuit Court.

The U.S. Supreme Court unanimously affirmed the lower court’s decision stating the FCA does not require such a harsh rule. Automatic dismissal for a seal violation is not called for within the FCA and is unnecessary. However, seal violations can be disciplined with anything from sanctions and attorney discipline to dismissal depending on the circumstances. This will be left to the court’s discretion.

If you believe you have information about an individual or business defrauding the federal government, speak with an attorney from Brod Law Firm as soon as possible. Qui tam actions are necessary to protect the government and return fraudulently obtained or kept funds. If you move forward with a case and become a relator, you also have the chance to recover a portion of the compensation the federal government gains through the suit.