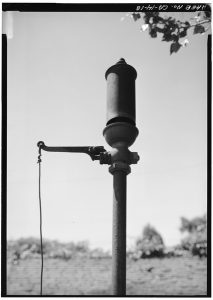 Qui tam claims are lawsuits filed by private citizens on behalf of the federal government based on allegations that someone violated the False Claims Act (FCA) or another federal statute. Most of the time these types of claims are brought by employees, or ex-employees, who were able to gather evidence of false claims made by their employer to the government. Qui tam cases are complicated, and it is crucial that you, as a whistleblower, work with an experienced California qui tam lawyer and understands the legal process you are about to undergo.

If you believe you have evidence of fraud against the government, call the Brod Law Firm to learn about what to do next.

An Overview of the Qui Tam Process

In a qui tam case, an individual person, known as the relator, files a lawsuit against another person or entity, called the defendant, claiming that the defendant’s actions violated the FCA. This may sound odd, since if the defendant violated federal law, normally the government would bring charges against it. This is what makes a qui tam claim unique: A private citizen begins the legal process for the government.

Working with an attorney specifically experienced in qui tam cases is critical. Filing and handling qui tam lawsuits is not the same as filing an average civil claim. There are special pleadings, rules, and deadlines that must be adhered to, such as filing the complaint in federal court under seal (which means it is secret and even the defendant does not know about it). An inexperienced lawyer could take a small yet critical misstep costing a relator and the government their case.

The next overall step of the qui tam case is for the government to investigate the allegations brought by the relator and determine if it is in the government’s best interests to join the case or not. This step can take months or years. The government is a large and often slow-moving entity that needs to be sure joining the case would be a beneficial use of its resources.

Once the government finalizes its decision, the seal on the qui tam case is lifted and the pleadings become public. The defendant also becomes aware of the case against it at this time and can determine whether it wants to defend against the charges in court or negotiate a settlement with the government.

Overall, a qui tam case can move swiftly and be over in less than one year, but it can also move at a snail’s pace and take multiple years to come to an end either through trial, a settlement, or a dismissal of the case.

Relators Can Benefit From Filing

If a relator’s claim is successful at trial or the government settles with the defendant, then the relator usually receives 15 to 25% of the money the government recovers. For many qui tam suits that are in regard to hundreds of thousands or millions of dollars, this ends up being a significant sum of money. This reward often makes it worth the months or years of hassle the relator faces when taking on a qui tam case.

Do You Have Information About Fraud Against the Government?

If you believe you have information about or evidence regarding false claims made against the federal government, call a California qui tam attorney at Brod Law Firm today at (800) 427-7020.