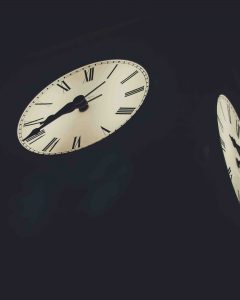 When a whistleblower learns of wrongdoing, he or she also has the right to file a lawsuit, although these are different from personal injury or criminal lawsuits, even though criminal charges and damages could result from them. This has many wondering whether or not there is a statute of limitations on qui tam lawsuits. If there is, has that statute already run out?

The federal False Claims Act provides broad protection for whistleblowers throughout the country. This Act is meant to limit the amount of fraud against the government by encouraging private citizens to come forward about known fraud, such as healthcare fraud.

However, it only provides these protections for a certain period of time. It includes a statute of limitation of just six years from the time the fraud is discovered. While this may sound like a lot of time to file a lawsuit, it is not always.

A person may want to ensure that what he or she has discovered is actually fraud, and that is usually more complicated than outright asking those involved. Qui tam attorneys will also often wish to investigate the case before filing it in court. This all takes time. Those in California, however, may have more time than they thought.

Under the California False Claims Act, whistleblowers have three years from the date of discovering the fraud to file a whistleblower claim. This may sound more limiting than what is provided in the federal legislation, but it is not.

Do Not Let Time Run Out! Speak to a California Qui Tam Attorney Today

It is tempting to sit on a qui tam claim, as many people are unsure of what to do after discovering fraudulent activity. Even though California law offers a long statute of limitations, it is best to get the legal help necessary right away. A qui tam lawyer in California can provide that help, and advise citizens on filing their claims.

If you have discovered a case of fraud involving the government, contact Willoughby Brod, LLP at (800) 427-7020. We represent whistleblowers who want to make things right, and we want to represent you, too. We offer free consultations, so call today before time runs out and let us start discussing your case.

When is Healthcare Fraud Criminal?