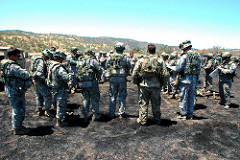 END_OF_DOCUMENT_TOKEN_TO_BE_REPLACED

As a small law firm, we are particularly aware of the many contributions that small businesses and small business owners make to our economy.  In our case, we believe being a small firm allows us to have a more personal touch and collaborate more closely with every client while providing top-notch legal services.  There are also unique challenges to running a small business.  One way that the government recognizes these important contributions and special challenges is by requiring that a certain percentage of federal contracts be awarded to small businesses.  Sadly, some companies attempt to lie to the government and the American people by holding themselves out as small businesses when they truly do not qualify as such.  This a form of fraud.  Our government contract fraud lawyer is dedicated to partnering with honest individuals to protect the integrity of small business set-aside programs and ferret out other forms of fraud on the federal government.

Earlier this month, the Times of San Diego reported that a California-based construction company paid $5.4 million to settle allegations of fraudulent billing for work performed at Camp Pendleton and other military bases.  Harper Construction is a privately held company that earns a substantial share of its revenue through government contracts.  As ind

icated in the report, Harper had contracts to construct facilities at the military bases and these contracts specifically required that Harper subcontract a specified portion of the work to small disadvantaged businesses.  These requirements stem from government programs intended to ensure that such businesses receive a fair share of federal contract dollars.  According to the article, Harper stood accused of knowingly using sham companies and falsely certifying that it complied with the small business subcontracting requirements.  Instead of having legitimate small businesses perform the work, the lawsuit alleged that Harper actually passed the work to a large affiliate.

END_OF_DOCUMENT_TOKEN_TO_BE_REPLACED

Readers of this blog know that the False Claims Act and its state equivalents are powerful tools for fighting fraud on the government and, in turn, on taxpayers.  One of the reasons these laws are so powerful is that they cover a wide-range of frauds.  Although health care fraud is likely the most well-known wrong addressed through whistleblower litigation under the Acts, they cover a myriad of different subject matters as demonstrated by a recently settled case out of New York.  While the case is largely about government contracting fraud, it touches on issues two of the most important business issues of recent decades: the outsourcing of American jobs and data privacy.  Our False Claims Act law firm is encouraged to continue to see the power these laws give to ordinary people to tackle extraordinary issues (and, often, win!).

to digitize and index some 22 million fingerprint cards.  FTIS also agreed to create a searchable database of the print cards for the New York State Division of Criminal Justice Services (“DCJS”) and the non-profit New York State Industries for the Disabled (“NYSID”) in the 2008-2009 timeframe.  The fingerprint cards were used by a range of individuals from state employees to prisoners and arrestees and contained information including Social Security number, the reason for taking the fingerprint, the fingerprint itself, and other important personal information.

END_OF_DOCUMENT_TOKEN_TO_BE_REPLACED

Sometimes good organizations, with good missions and many good people on board, do bad things.  A notable example is when a charity or public service group falsifies information with respect to a federal grant or other government support.  It can be hard to speak up against any large organization and it can be even harder in the case of a group you know does good work.  Still, it is important — knowingly falsifying a federal grant application or violating its terms is wrong no matter how well-intentioned the ultimate mission.  As a recent settlement reminds us, making false claims for federal grants, a type of federal grant fraud, is a violation of the False Claims Act and charitable organizations must, like any recipient, obey the terms of government grants and use the money in a responsible manner.  As a law firm for federal grant fraud whistleblowers, we take these cases seriously and believe that ensuring accountability is an important form of protecting taxpayer money. 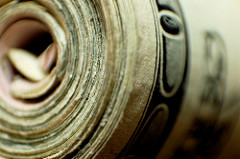 llion to resolve allegations it made false claims relating to DOJ grants.  BBBS is a national organization with some 300 affiliate agencies that help provide mentoring support to children across the country.  BBBS has received millions of dollars in grant funds since 2004 from the DOJ in order to support programs for at-risk youths.  These grants require that BBBS maintains sound accounting processes and uses financial management systems that comply with federal regulations/guidelines, principles aimed at ensuring grant funds are accounted for and directed toward appropriate purposes.

END_OF_DOCUMENT_TOKEN_TO_BE_REPLACED

This week, CNN reported on rampant abuse in the federally-funded programs that help provide job opportunities for the severely disabled.  Sadly, the current investigations are just the latest chapter in a series of problems with fraud and abuse in this area.  If the allegations are true, this is yet another example of scammers taking taxpayer money and using it to line their own pockets rather than to support the noble cause for which it was marked.  Fraud in AbilityOne and other government programs is a serious issue and our government contract fraud law firm works with honest whistleblowers to root out these frauds and return funds to these important initiatives.

DoJ Joins Other Agencies Investigating Work Program for the Disabled

some $3 billion of taxpayer money annually to fund contracts nationwide.  In order to hold an AbilityOne contract, blind and/or seriously disabled individuals unable to hold another job must perform 75% or more of the company’s work.